A little late, but here’s the second part of my #30BraveDays, which I did back in April. The idea, which was started by Arriane, is to just do one brave thing each day.

Comparing my list now to the first fifteen days looks kind of great! I think I did “bigger” brave things this time around. I focused a lot on my career and health goals. I’ve been thinking about life a lot, and honestly, I think that even if I believe with all my heart that I tried everything… there may be a small chance that I actually didn’t. I was talking to Sarie (Day Nineteen, haha) and I explained to her that I do try a lot, but I always have to battle this part of myself that is completely unmotivated (and I do mean completely), and that’s hard.

Ultimately, I decided that it was harder to live a life that I wasn’t completely happy living. So here we are. I plan to carry on doing more brave things in this future. I don’t think I can consciously keep track of a brave thing each day, but I think this exercise made me more attuned to the need for bravery.

#30BraveDays, Part 2:
Day Sixteen: Invested money in typefaces I really wanted + opened up my Skillshare account after months of inactivity and watched some classes
Day Seventeen: Met up with some beauty bloggers for brunch.
Day Eighteen: Attempted to start eating healthy (I have maintained this habit since, occasionally munching on junk, but more or less being conscious of the stuff I eat. I’ve lost 4.5 lbs. since!)
Day Nineteen: Confrontation of failures and problem.
Day Twenty: Tried to fix some things in my life
Day Twenty-One: Did something about my work flow and increased productivity
Day Twenty-Two: Attempted to learn a new software for writing assignments, i.e. Scrivener
Day Twenty-Three: Interviewed J.P.
Day Twenty-Four: Said no to unnecessary junk food
Day Twenty-Five: Actually sat down and did a bit of budgeting
Day Twenty-Six: I wore blue eyeshadow… outside the house!
Day Twenty-Seven: Made curry from scratch
Day Twenty-Eight: Brainstormed about topics to pitch to different places
Day Twenty-Nine: Interviewed D.L.
Day Thirty: Started my grad school applicationing. Sorta. 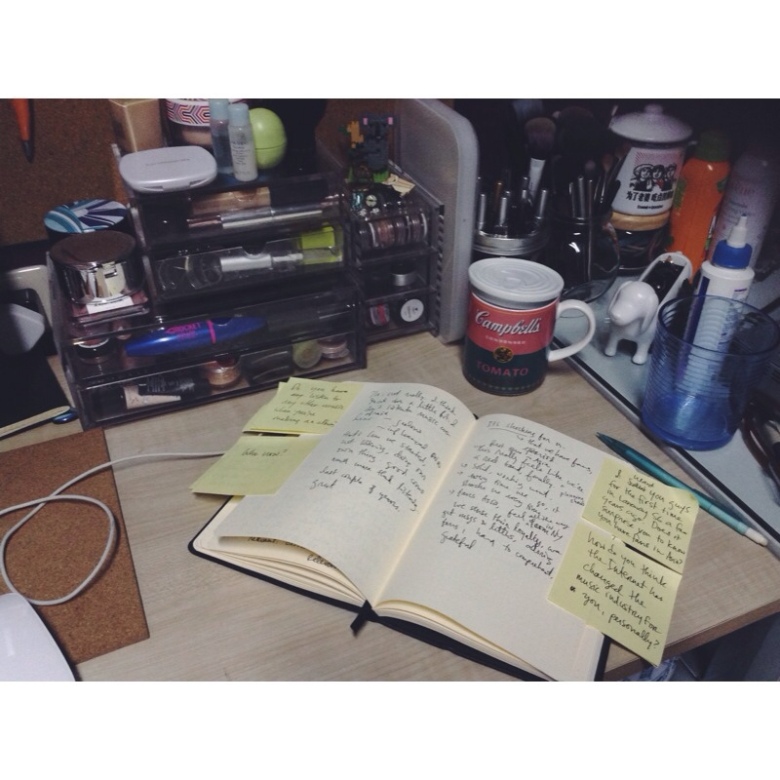 When I think about it, this happened at the best time for me. I really was in a weird place, and I have been for a while, and I think that in the end, I was the one who had to pull myself up by my metaphorical bootstraps and get things done for myself. Looking for outlets of bravery was something that helped me sort of wake up and have a small thing to pursue each day.

Aside from the keeping track of #30BraveDays, here are a few things that I liked to keep in mind:

For the rest of my #30BraveDays journey:
— Introduction
— Mid-Run Recap, or the first 15 days

To read other stories of bravery, check out the Tumblr.